Tackling inequalities: we want to be simple, but not simplistic. 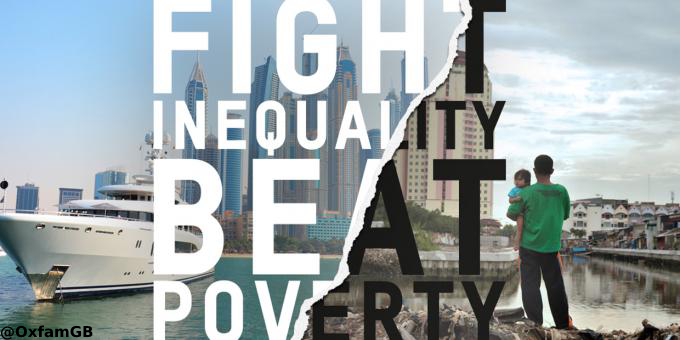 Back in 2017, I was asked to explain Oxfam’s analysis of inequality in Spain, and to share our views about the most relevant inequality drivers. Certainly, a simple question that had no simple answer.

As I was trying to say something meaningful, I realized that our narrative, which at that time largely focused on the effects of tax dodging by rich individuals and multinational companies, was way too narrow and simplistic. To me, it became evident that, despite being the go-to organisation when it came to inequality, we did not know enough about it.

Inequality is a complex phenomenon. It has many faces, and it is experienced across many domains of our lives. Some people have a longer life expectancy than others, even if they live in the same city; some children seem to be doomed to failure at school, despite their natural talent and even their great effort; women get lower wages than men for similar jobs; and better-off citizens participate much more in political life than those with lower income levels. Staggering inequalities are visible in our daily lives. Even when we pretend not to see them anymore.

Besides, inequalities do not work in silos, but are intimately intertwined. Economic, social and political inequalities mutually reinforce each other. Exclusion based on who you are may exacerbate vertical or spatial inequalities and, similarly, high levels of inequalities of outcomes will make equality of opportunity impossible to achieve, and hence, fundamental human rights impossible to protect and fulfill. Yes. The truth is that inequality is definitely complex. Yet, if we want to tackle inequalities effectively as a means to beat poverty and social injustice, then there is no way out: we must deal with that complexity. Because we want to be simple. But not simplistic.

The Multidimensional Inequality Framework (MIF) and its companion toolkit have been developed to help us assess inequalities in areas that matter for human life, to unpack their connectedness and to reveal their specific effects on different groups of population. The MIF will also be useful when seeking to understand the key drivers of inequalities, or when we discuss pathways to bring about change and foster inequality reduction. The MIF is comprehensive, but flexible enough to suit your specific context. Most importantly, it provides an analytical framework, and a hook, that teams can use to attract and bring together key stakeholders and influence the public debate and decision-makers. This proved to be the case in our pilot countries, Spain and Guatemala.

Adopting a multidimensional approach on inequalities can allow us to develop more credible narratives, to ensure we design relevant, well-aligned and coherent programme portfolios, and to open up an umbrella under which we can strengthen our national or regional ‘fight inequality’ alliances. A multidimensional approach will also help us make the right choices, and to be much clearer when explaining the rationale of our focus.

We are determined to contribute to unmasking those complex dynamics of inequalities and power that end up creating a daily experience of privilege, for a few, and of exclusion, for most of the population. We are eager to work together with communities and allies to change those neoliberal narratives and rooted social norms that sustain growing inequalities. We want fairer policies and practices, and we want social justice delivered for everyone. This all I knew well when I was prompted with that difficult question. But at that time I failed to have the right content for my speech not to be perceived as vague or rhetorical. Next time we face the same question, our answer will build on what we have learned, along with experts, in the past year. And it will certainly be a more rigorous and solid answer.